If you take a look at multifarious top lists and ratings, you can see that the share of Linux users is growing steadily. For sure, it is connected with the community’s interest in this topic. Some people like Open Source, others believe that Linux is more stable and convenient in comparison with other operating systems, and somebody just follows experimental goals. As it is said, each to their own. Nevertheless, it can become tedious and difficult to choose among the diversification of GNU/Linux based systems.

For this reason, I want to provide you with the list of 10 stable Linux distros for home use. This article will help you define what Linux distro to choose for the home. Exactly they will perfectly fit to be installed on a home PC.

Firstly, we need to mention that it is only a collection, but not the place distribution. Put it simply, all the distros provided in this list are perfect options for your home use Linux. This is also the case of old-timer Debian, which has been the sample of stability for many Linux users for many years. 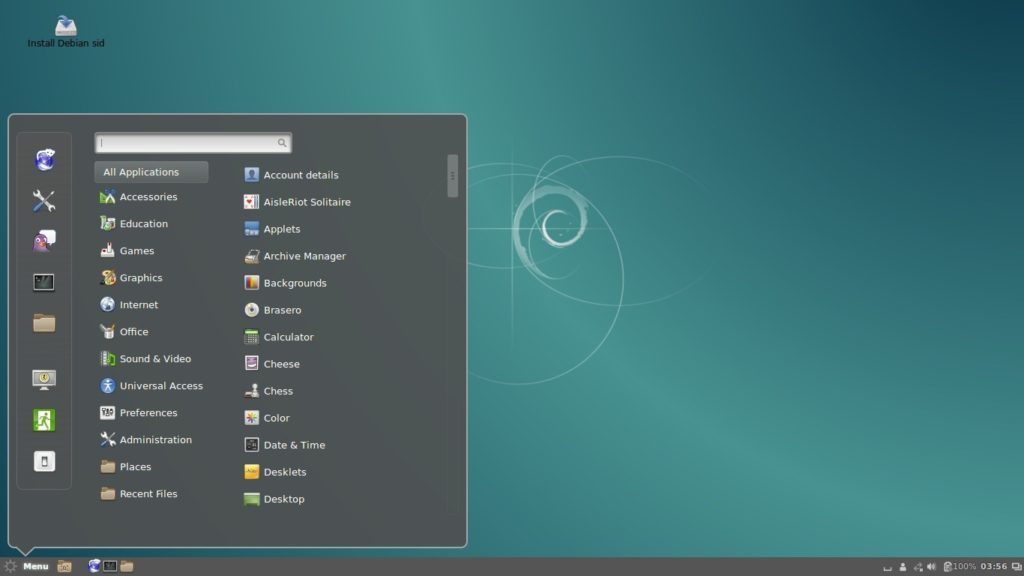 This distro is famous for using only the checked and stable software versions. Such an approach allows you to avoid any unpleasant situations, so this is why Debian is so highly valued and rated.

In terms of the graphics environment, you can use almost all the popular IDE. In the community repositories, you can find various options including XFCE, GNOME, KDE, MATE, and even Cinnamon. Moreover, you can choose the shell during the installation process, thanks to the development team.

For those who have never used Linux – Linux Mint

No top Linux distributions can do without Mint. It’s no accident that it has been taking the first place in Distrowatch rating. Users fairly prefer this distro as it is considered as one of the most convenient home use Linux distro. 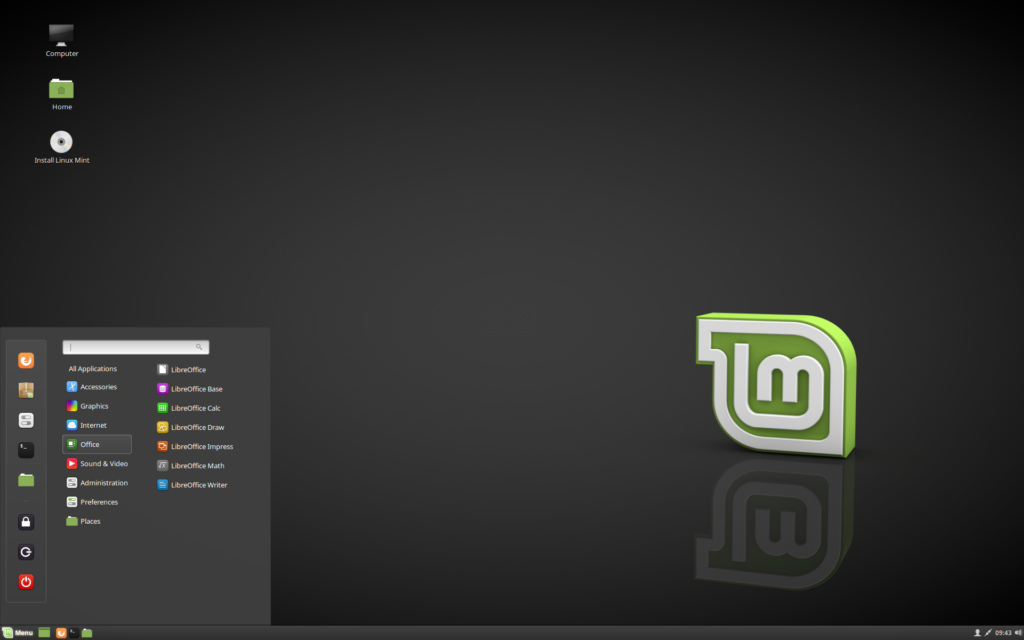 Linux Mint is released in 4 editions. One of them is Cinnamon. This shell is developed and maintained by its authors, so, for this reason, you should pay attention exactly to this one. Also, you can the versions that include MATE, XFCE, and KDE.

Here is the ancestor and parent of the previous distros, as well as the community favourite distro – Ubuntu. Sure, there is a lot of criticism and misunderstanding around it for the recent time. This is primarily connected with the fateful decision of Canonical to abandon the Unity desktop environment and replace it with the well-known GNOME. Did Ubuntu become worse off? No! Will it work worse? Again, no! All these attacks towards the distro identify only the unwillingness of some community members to accept new things. 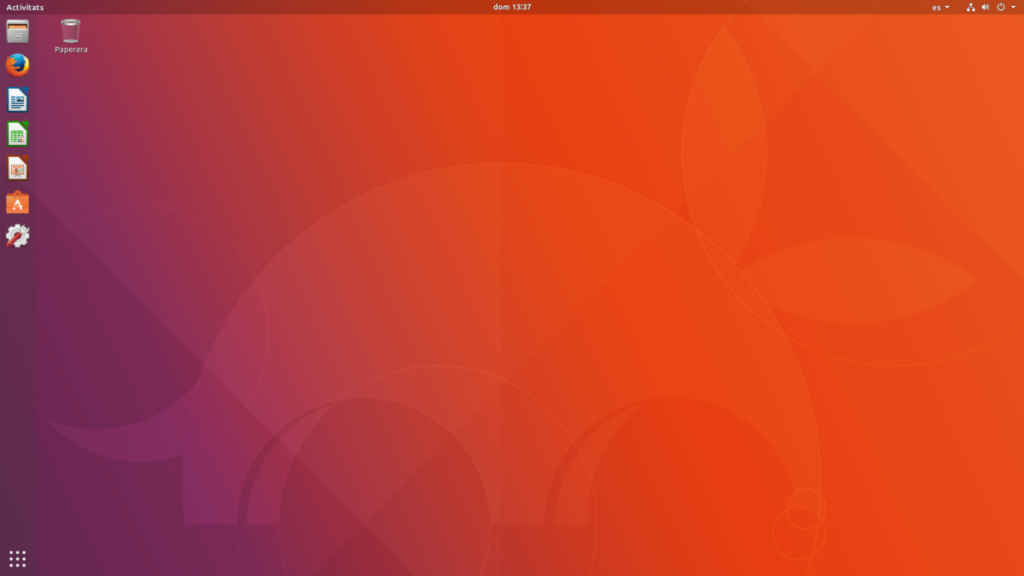 As you see, GNOME is used as the main desktop shell. However, the Unity version is still alive. Under the influence of the community, we can see a new Ubuntu Unity Remix, which promises to become the perfect option for those who do not want to abandon such a nice graphics shell.

Fast and open-source replacement of Windows and MacOS” — that way this Linux distro is described by the development team. The distro foundation is Ubuntu, for sure. However, it does not disturb Elementary from being one of the most unordinary and convenient Linux distros. Project authors develop and maintain their personal graphics environment called Pantheon. It is notable by its looking (similar to Mac), and its performance. 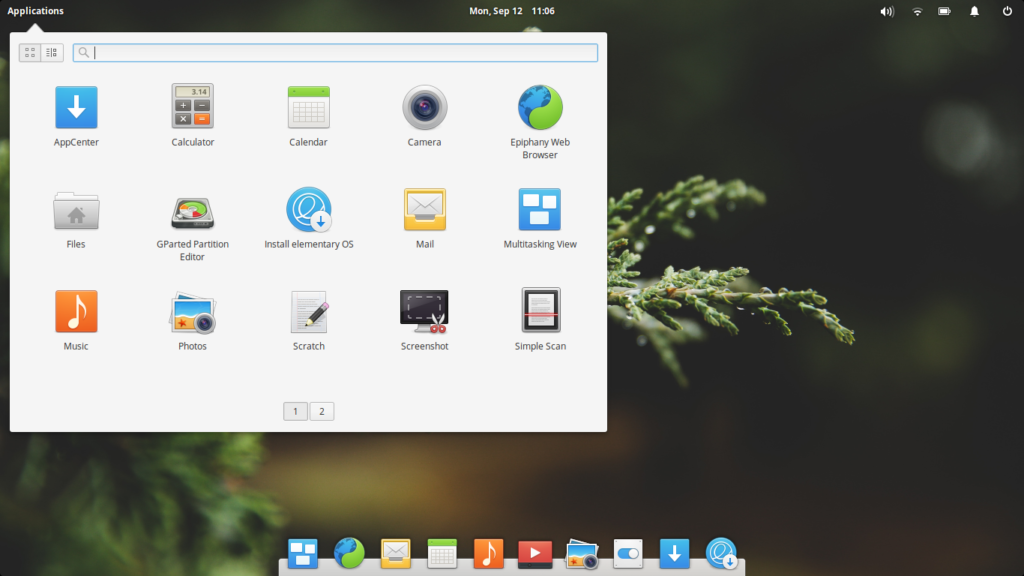 For the last time, this distro has got its own army of fans. Community supports developers both financially (which motivates them to make their product better) and by communication with them, directing efforts in the right direction. Moreover, Elementary has its own applications, developed, again, within the project, which is really exciting.

In order to download this Linux distro for free, you need to specify “Another amount” in the field “Pay how much you want”, and enter 0 there.

It is a Chinese origin Linux distro, which uses its own improvements of the desktop environment in the same way. It is pretty similar to Elementary (subsequently, to Mac as well) because it has a doc panel in the bottom screen part by default, and uses the light tones in themes. However, DDE, a graphics shell, can take the other form, which is quite equal to Windows 10. Developers have added this option for those people who change their Windows or MacOS systems for Linux, in order to make the transfer process more smooth and invisible. 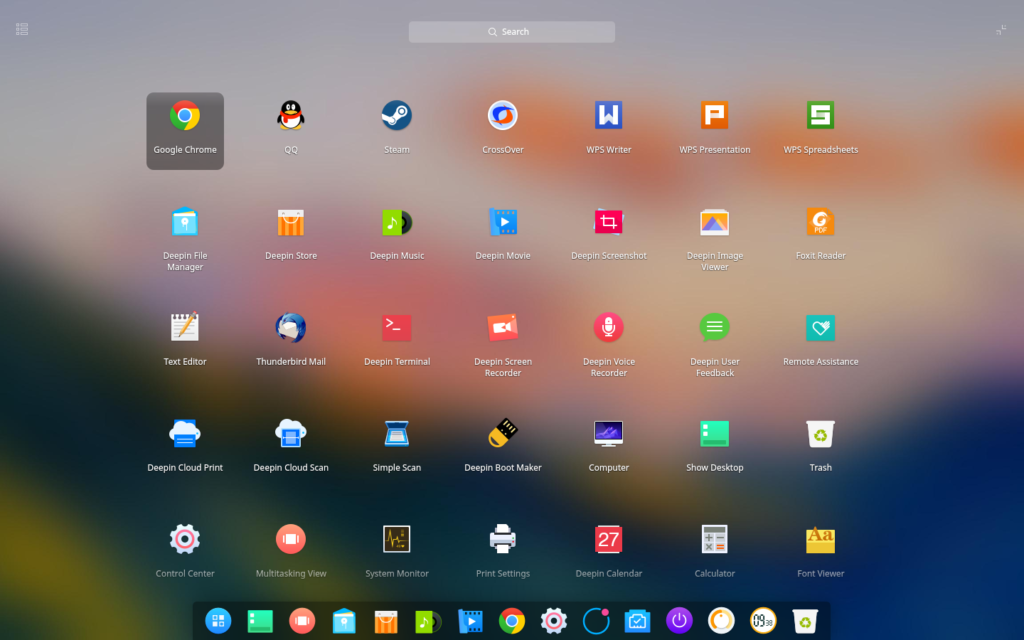 Most recently, we obtained a new system version Deepin 15.5. We have to say that Deepin has a software kit and preinstalled CroosOver. Considering other operating systems, they do not have such software, so if you want to test it all, you definitely need to install this Linux distro.

Among the mentioned above Linux distros, this one is quite different because it does not stand for a fork of Debian or Ubuntu. It uses a completely different package manager, and for this reason, working with this system somehow differs from the habitual interaction with Debian-based Linux distros. One of the main advantages of this system is the YaST operation centre. With the help of it, you will easily manage any aspect of OpenSuse (including the system update, installing and adjusting the applications). 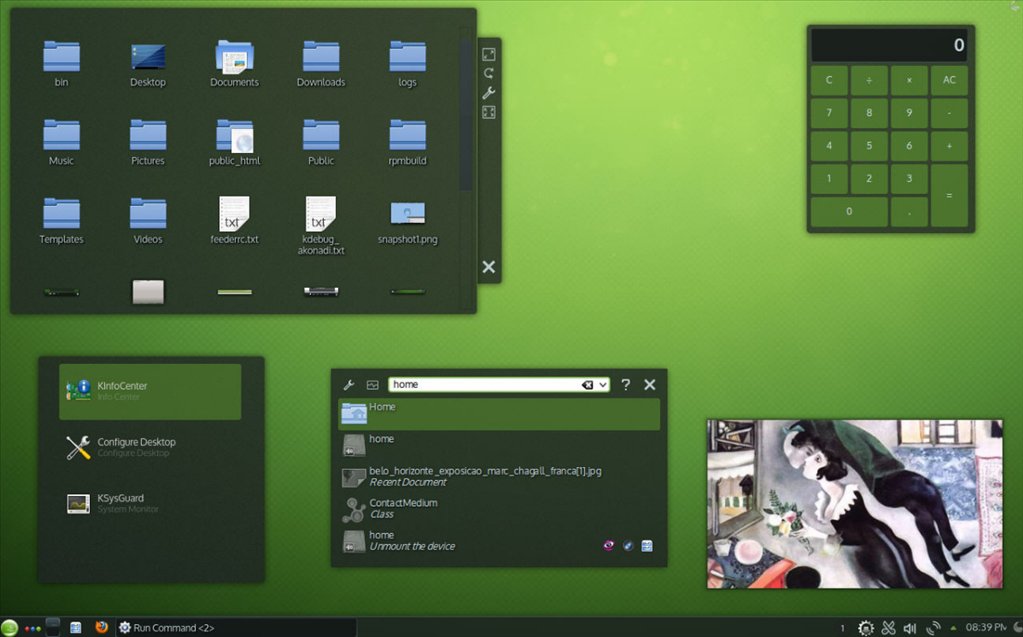 This distro is available in two editions: Tumbleweed and Leap. The first one stand for a rolling release which is about updates, each version gets Tumbleweed timely, as far as released. On the flipside, Leap is a stable version, the software of which is much rarely updated. It gives this distro an opportunity to work stably and excludes the appearance of some bugs, which could be more pending on Tumbleweed.

Considering the graphics shells, we need to say that currently, OpenSuse is available with KDE and GNOME. These graphics shells stand for best-in-class options in the world of Linux, and for this reason, the distro developers use and maintain it. In general, OpenSuse is an excellent home use Linux distro. Many people choose it because they think that no more distros have such stability and efficiency.

Honestly, this distro is one of my favourite ones. For what reason? For me personally, Manjaro is stable, attractive, and with high usability.  Arch-like versions are really easy-to-use, set up and upgrade. With the help of a single resource (AUR), you can install almost any software without wasting time adding repositories or downloading the installation file manually through the browser. 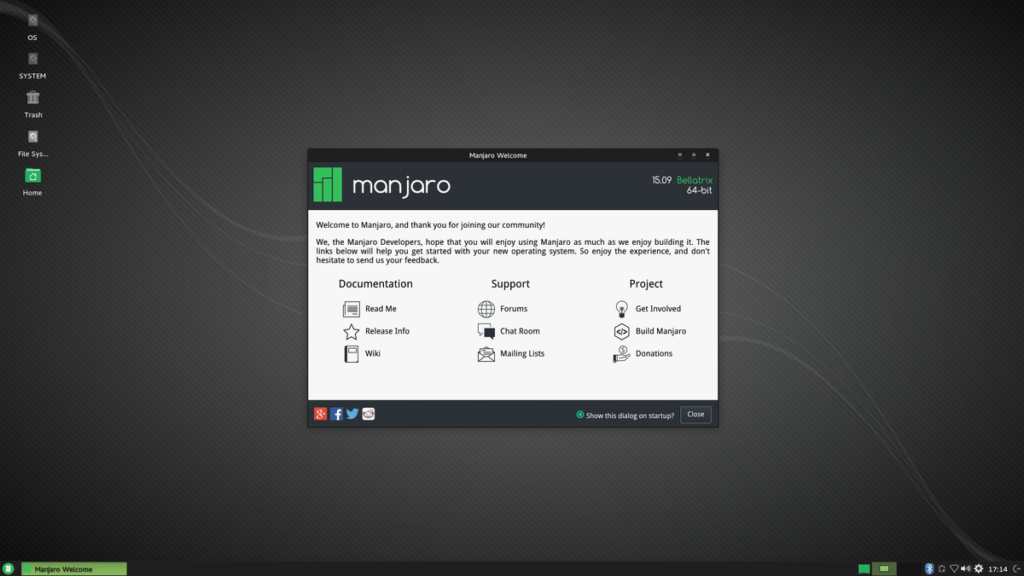 Manjaro has already entered our top 5 best Linux distros 2017, taking there the honorary first place. It is connected not only with my personal sympathy to this option but also an overall popularity rating. The same Distrowatch also placed this Linux distro to top 3, outdistancing such giants as Debian and Ubuntu.

Manjaro Linux is available in three editions: KDE, XFCE, and GNOME. However, you can also find editions developed and maintained by the community, that include: Cinnamon, LXDE, Mate and so on.

Here is another Arch-based Linux distro, which takes all the top places through various rating lists. It should be considered a twin brother of Manjaro, which is pretty similar to its parents (to Arch Linux). Yes, sure, Antergos is more similar to Arch, and even uses its repositories, while Manjaro uploads the updated from its own ones. 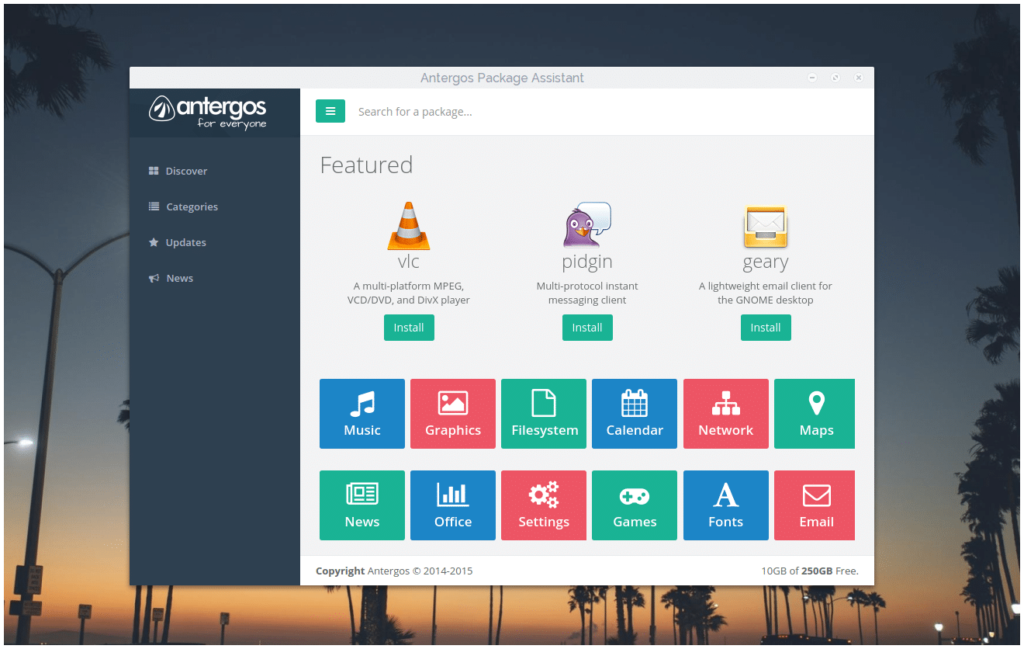 As well as Arch with Manjaro, this distro may connect to AUR and use this repo for package installation. All three of them are similar in use, however, there are some differences, which most commonly are about the appearance. In other respects, this Linux distro is very stable and will be the perfect option for a home use Linux distro.

This distro is particularly famous for the fact that it is the first distro that has all the novelties of the GNU/Linux world. It is a kind of test ground for the company Red Hat. Before adding something to Linux RHEL commercial distro, the company adds it into Fedora. Many people can now ask: “In case it is a test version of a commercial distro, does it mean that it has no particular stability and Fedora will be just awful as a home use Linux distro?” I will reply “No”. This distro is massively stable and suitable for home use, despite the fact that it receives all the updates first. Go ahead, even Linus Torvalds (the Linux core creator) used Fedora in the capacity of the main operating system. 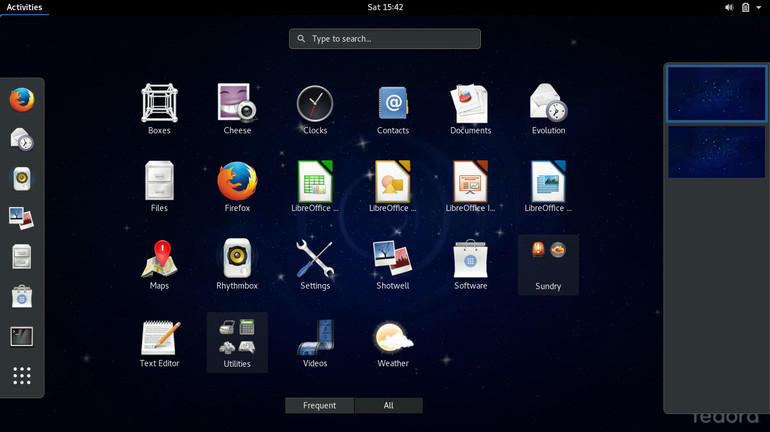 Sure, you need to understand that like any other Linux distros, this one also has some disadvantages. You should not expect something extraordinary using this Linux distro, but it is pretty suitable for home use.

This distro is provided in three main editions: Work Station, Server, and Atomic. Also, the official website provides options with different graphics shells: KDE, LXDE, XFCE, and even Cinnamon. For home use, it will be a perfect option to use Work Station edition. For this reason, I recommend you to pay attention to this Linux distro.

I have pointed out this edition into a separate chapter because I have no to add here. Ubuntu MATE is really something exciting, it can be considered as a separate distro with an independent development team. Also, this distro version has also another unordinary approach. Its own style, colour-grade, and the most important – stability, Many people emphasize the latter point while talking about Ubuntu MATE. 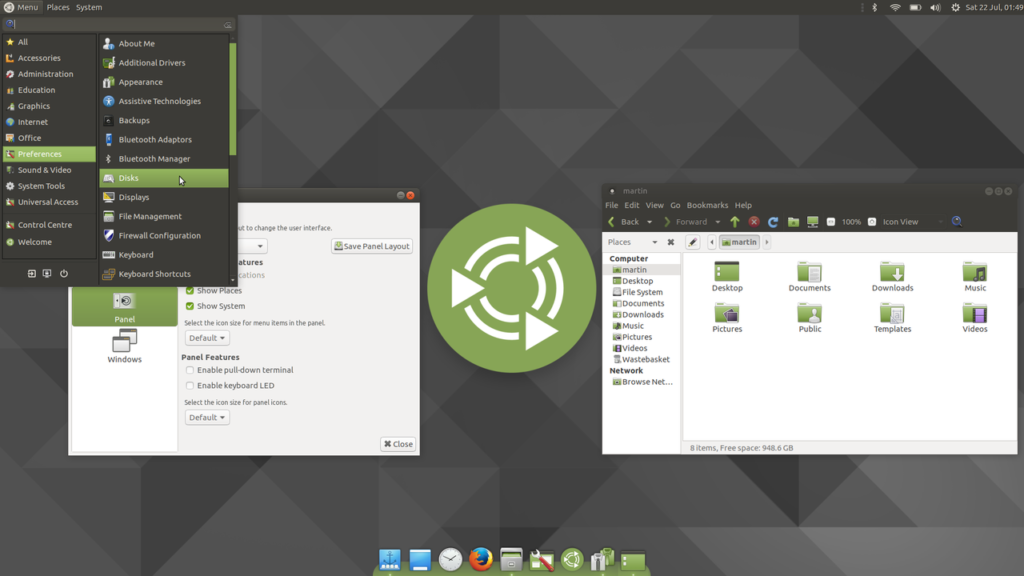 This Linux distro is quite universal. Despite the fact that the foundation is the graphics shell MATE, developers have added enough functionality in order to customize this shell and transform into something similar to other graphics environments. This way, Ubuntu 17.10 received an opportunity to adjust the system under Unity. It was made with the purpose of helping particular fans when transferring to GNOME. Here you can find other theme styles as well. You can learn them personally by installing this Linux distro to your hard drive and virtual machine.

We should point out the MATE performance the users rave about. The system is pretty fast and undemanding that gives you an opportunity to install it even on slow PCs and laptops.

To conclude, I showed you the Top of 10 home use Linux distros. In my opinion, these versions are most suitable for home use. Sure, you can disagree with me, there are always controversial points. Moreover, if you did not find something that you were looking for here, I recommend you reading other rating lists of Linux distros. Perhaps there you will find something that suits you more. Thanks for your attention!